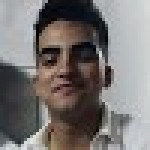 Updated 3 months ago by Ighor Melo

User experience is one of the main aspects for a successful platform. That's why we developed this incredible feature. Check it out!

In this article you can read about:

As the contents that are most used in Skore are videos and PDFs, the most specific criteria for consumption were defined for these types of content.

The other types of content already have data capture, but in a less accurate way.

See the criteria established for defining consumption below.

Consumption of videos and PDF files

Consumption of other formats

The consumption of other formats is counted as 100% if the user remains at least 6 seconds on the content.

A new success criteria for missions has been created.

For the admin, when creating or editing a mission, the consumption (Consumo) option appears among the success criteria.

If the admin saves the step with this criterion, the audience of this mission will have to consume at least 80% of the content to be successful in this step, as explained above and shown below:

Attention: The consumption of a content that was made before the launch of this feature will not be considered. The user must consume again if they want to reach the consumption criterion.

If you have any questions, contact us at support@skore.io.

How did we do?

(opens in a new tab)